Nowadays almost everyone records, mixes and masters his tracks digitally. Sometimes these tracks can sound pretty harsh and cold. What can be done about this problem? And why did they not have these problems in the days when everyone was still recording analog on tape? To answer these questions we did some experimenting and measurements with analog tape machines. We were also curious if a similar result would be possible with the use of VST plugins.

How does an analog tape machine work?

To understand what the analog tape sound makes so special we need to explain something about how this medium works. An analog tape machine uses a recording head for writing the audio to the tape. The recording head is a special kind of electromagnet. It polarizes the iron oxide particles on the tape. While the tape passes the recording head. This proces is not perfect and creates some interesting artifacts. The tape speed, the tape machine and how it was calibrated to a certain type of tape all contribute to these artifacts.

How does analog tape sound?

When recording to a tape the transients are softened a bit and the low end sounds thicker. But there is also a sort of compression effect noticeable when you record the tape at a hot level. This is where it becomes interesting. We like this effect especially with high frequencies. Because it takes away the harshness of the sound without making it sound dull. With tape you can boost the low level high frequency content and soften the peaks at the same time. This gives a really nice smooth polished sound to the high frequencies of the recorded material. To investigate this effect we did a lot of measurements on Reel 2 Reel tape machines. We used a frequency sweep, pink noise and some EDM and Pop music for testing.

For this test we calibrated one of our tapemachines in a way so that the high frequencies are boosted a little bit at low levels. Just to give the music some extra air. It helps to enhance the details of the sound. And also to compensate a little for very high frequencies that might get lost because of the low speed. When looking at the measurement above you’ll see that at low levels the high frequencies are boosted a few dB’s. The higher the level the more flat the frequency response becomes before it drops. And loud peaks in high frequencies above 0dB are reduced due to the saturation. This behavior removes the harshness from the sound. You might think when looking at the highest level (+10dB) the tape would sound very dull at this level. But this measurement was done by using a frequency sweep. Real music never has so much energy in the high frequency area. If it did this would be very painful for your ears to listen to. Certainly at high listening levels. If you need to record more level on the higher frequencies you can use a higher tape speed. Higher tape speeds will give less saturation at high frequencies. So we used a low speed for this test to increase the saturation effect.

What about Tape saturation plugins?

In our mastering studios we work with both hardware and software plugins to master the tracks from our online mastering customers. Some types of plugins can work very well. But in our experience tape saturation is very hard to achieve with plugins. While we were testing with analog tape we also tested some of the more populair tape plugins. We focus on the saturation effect for this test. Saturation is the most useful side effect when recording to tape. Unfortunately the measurements below show that the tape plugins are not capable of properly simulating the saturation effect. Just look at the example below. There is a high frequency roll-off. But it works almost the same at all levels. So no air can be added without boosting the harshness too. The same effect you can get with an EQ! Also at the level this plugin gave us a little saturation at the high’s there was a serious amount of distortion noticeable. So it was totally unusable at that sound level.

Other plugins like the one tested below just have a flat frequency response. You can change the frequency response with buttons like Pre-Emphasis, Gap with and Bump. But this has roughly the same effect as using an EQ. No saturation effect at all. Like most of them, they only add distortion and hiss. So only the disadvantages of a bad tape machine, but not the benefits of a good one. The noise and distortion could be a desired effect when mixing a track. But it’s not something we want when mastering. With every tested plugin we have tried to find the setting where saturation occurs. But it became clear very soon that a tape plugin responds very different compared to the real thing.

There was one plugin that we managed to adjust in a way so that it was able to saturate a bit like tape does. And we could also add some air without making the peaks of the high’s louder. See the graph below. With test tones it worked quite well. So we were really enthusiastic about this. But testing with real music material was a bit disappointing. It worked, but not without a lot of unwanted distortion.

Using tape in the 21th century.

New tapes are still being made in Europe by a company called “Recording The Masters”. In America there is also one tape manufacturer called ATR Magnetics. You can buy new tapes from some online shops like: De Bandjesfabriek. But tape machines are no longer being made. So you will need to find an old machine and restore it. Fortunately, the tape machines from the 20th century are built like a tank. But most of them need some service and some new electronic parts which go bad over time. Remember the machines are over 40 years old by now.

In our mastering studio we still have a few tape machines. So if you don’t want to buy a machine yourself we can run your master through a tape machine for you. It can be ordered as an extra option at our online mastering service.

Plugins can give good results when mixing or mastering. But not for the tape saturation sound. At the moment tape machines are still the best option to add air and remove the harshness from a digitally produced track.  This is probably why some of the bigger artists run their digitally produced music trough a tape machine. 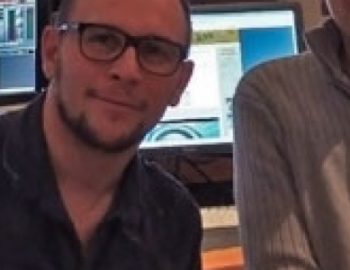 In February 2013 we mastered Sebastian Bronk his latest track. It is [...] 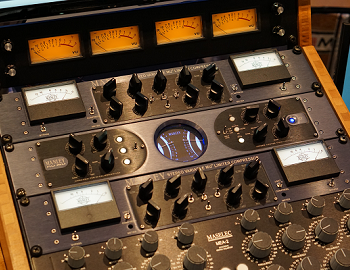 For our analog mastering studio we were looking for some new tube [...] 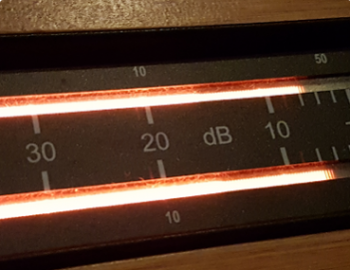 As mastering engineers we get a lot of questions from customers about [...]