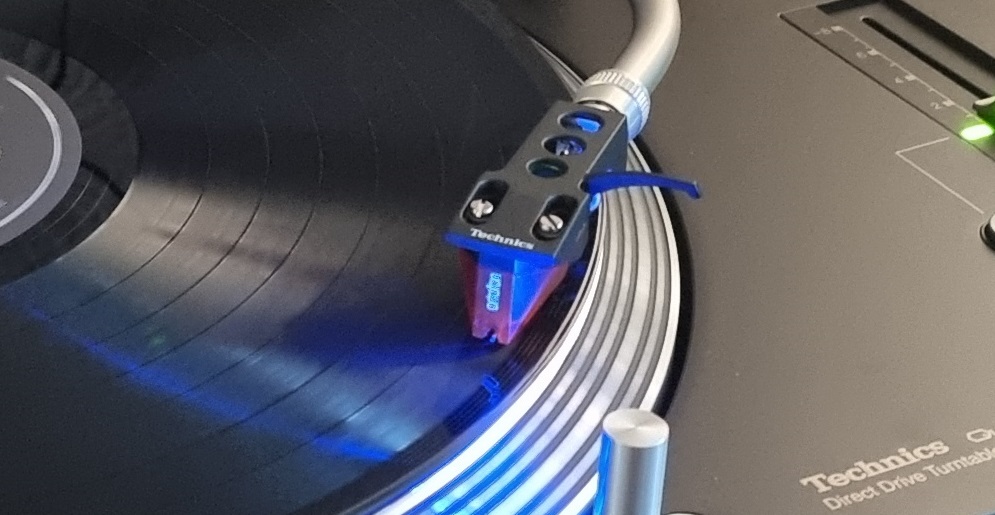 A few months ago Ian Dewhirst (Harmless Records) called me and told me that he had an almost impossible mastering project to do. He wanted to release a sixteen CD box set with the first 75 releases of the famous Chicago house music label, Trax Records. In most cases, the original master tapes had long gone, been lost or were never there in the first place! So we had to work with a random collection of dubious digital sources and the original vinyl. I told him this was not a problem since restoring vinyl is one of our specialties and we have done a lot of general re-issue mastering from similarly difficult sources. We’re used to no longer having the original master tapes available anymore. In these cases we designate an audio wav file, a CD or, as a last resort, a mint copy of the vinyl.

Little did we realise what we had taken on.

In the case of many of the Trax releases, even a sealed mint copy sounded like it was already played a thousand times by a club D.J.! This is mainly because the pressings of the Trax records catalogue weren’t done properly and were often pressed on inferior vinyl. Sometimes I would have three copies of the same vinyl that had damage at exactly the same place. From this I can conclude that this damage must already have been in the metal stampers that were being used for the record pressing. Most of the Trax releases contained this kind of damage to varying levels.

So even with all our experience the restoration of the Trax catalogue turned out to be an extremely tough job. A lot of our time was used up for initially de-clicking the vinyl. De-clicking requires  a specialized technique since the clicks and crackles must disappear without affecting the integrity of the music. As a mastering engineer I regularly receive CDs that are damaged by the wrong use of de-clickers. Declickers are used to  automatically remove clicks from recordings and can be bought in both software and hardware types. Almost all commercially available de-clickers can be used to remove imperfections from choir or orchestra recordings. However, they do not work well with the type of music that consists of a lot of transients, like House music and most forms of electronic dance music. These transients occur for instance in the kick-drum. When you analyze this instrument and divide the sound into two parts you first hear the click, also known as the attack of the beat. This is the transient part. The second part you hear is the boom.

Both are important elements and determine the character of the sound. However, from a technical point of view the click part of the kick-drum seems too much like a damage in the audio. A de-clicker can’t distinguish between the real damage and the click and therefore will remove both of them. Without  the click part the kick-drum loses its power. This leaves you with a powerless beat. Of course, in a field like dance music, this can be devastating!

Also other sounds of the music which contain transients can be affected by the de-clicker in the same way.

I myself am a dance music lover and I get annoyed when I buy a CD that has music on it that is damaged by the de-clicking process.  I would rather hear some imperfections such as  clicks than having to listen to the lifeless sound of a badly restored record. On the other hand, releasing a CD that has clicks in the music, naturally, is not acceptable either. The advantage of a CD is that you can reproduce interference-free music.

Another option to remove clicks is to edit each imperfection manually. However this is no option either as each record can contain numerous damage, so it could theoretically take days to declick just one record.

Since I concluded that the already existing de-clickers affected the music too much, I decided to develop a new declicking technique myself.  This method does not affect the transients of the music and as a result the music stays powerful and dynamic.

Another problem I encountered with restoring the Trax catalog is that the music mostly has been produced in very basic and, often, home studios. I guess some masters were simply recorded onto audio cassettes and then handed into Trax. In addition  I assume there was little to no mastering involved in those days. The combination of all these factors has created many challenges. Some tracks sounded extremely dull whilst others sounded much to sharp. Sometimes the left channel had a lack of low frequencies  and too much high frequencies whereas the right channel sounded quite the opposite. Some records were even mono! Also the noise of the master tape was often louder than the vinyl noise floor. Or a hum could be heard throughout the whole record. Etc, etc, etc…… 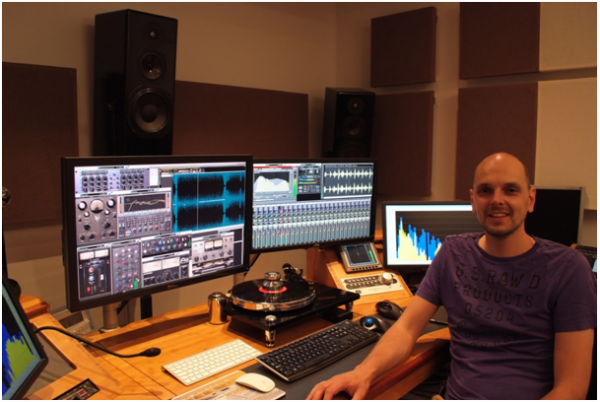 Some records were damaged so badly in the mastering and pressing processes that it has literally taken days of intense audio surgery to get to the finished article. This is a tedious process where we have to record the good bits of some records and transfer these to the damaged areas very precisely in order to maintain the integrity of the whole recording. You need a lot of patience in this job!

To solve all of these problems we have restored and remastered every record individually. The noise and the hum have been removed as much as possible and the sound and dynamics have been upgraded significantly. On a number of records there still are some minor imperfections to be heard. These cutting distortions or crackles could not totally be removed without affecting the quality of the sound. However we have been able to restore most of the records as if they were recorded yesterday instead of twenty five years ago and, that my friends, is real progress.

I’m confident we have done the catalogue justice and that these tracks have never sounded better in their entire history. I hope you agree. Enjoy!

To order the 16 CD box set  you can use the link below: www.amazon.co.uk/Traxbox-Records-First-Complete-Releases/dp/B00BLXKGYA 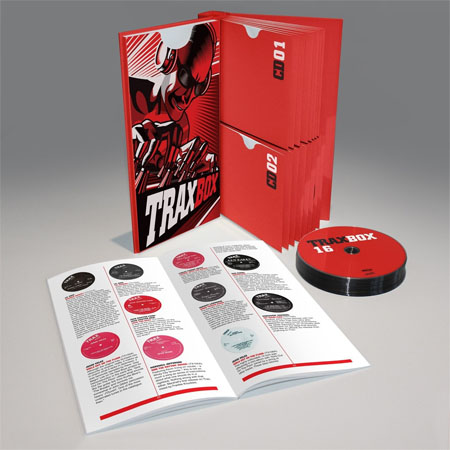 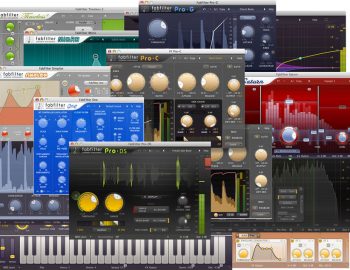 By Arjan Rietvink in Reviews - 15/01/2015
FabFilter mixing and mastering plugins. 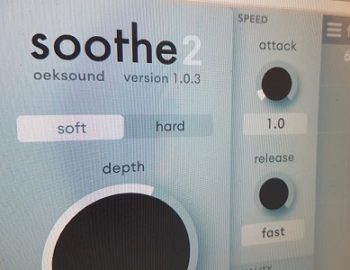 The most important goals for me when mastering a track are getting the [...] 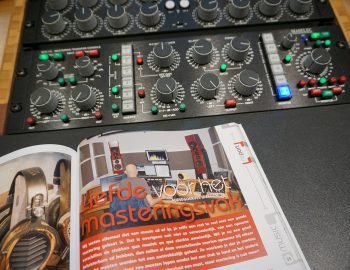 We all know that a nice CD, LP or even a reel to reel tape benefits from [...]